The Best way to Learn about Geology

We left Astoria, Oregon and headed inland on Sunday with the intention of spending a day near Mount St Helens and checking out the visitor's center there. We discovered so much amazing beauty in the area we had to stay a few more days to enjoy it all!
The beautiful peaks of the Cascade mountain range were just the icing on the cake. We saw vistas where two and sometimes three peaks were visible - Mount St Helens, Adams, and Hood. On a later drive through the national forest we even got some great views of Mt. Rainier! 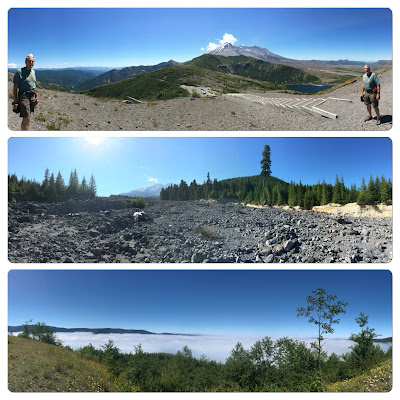 The Mount St Helens eruption of 1980 is well remembered by most people who were alive at the time but we were surprised at the details we did not know and touched by the stories of the people who survived the blast and those who lost their lives. The science and research that continues today helps scientists around the world understand and better predict volcanic eruptions. Mount St Helens is the youngest volcano in the Cascade range and it promises more activity in the near future.

We discovered, on the less visited side of Mt St Helens, wonderful hikes inside a lava tube created thousands of years ago and waterfalls carving through layers of lava from centuries of eruptions. 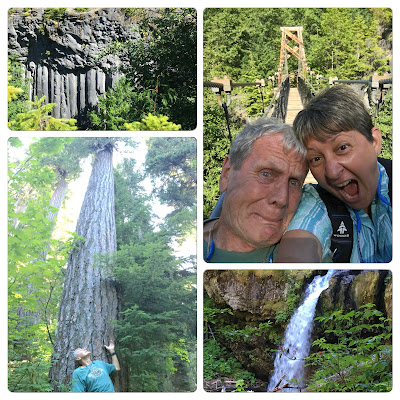 The forest of tall, old trees was beautiful, our campsite was perfect, and the weather was mild. We will return to this place again, it has captured our hearts and our imagination. 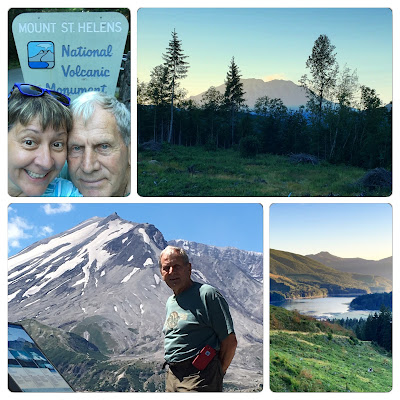 
Posted by ABrushWithHumor at 9:22 PM No comments:

We've Fallen for the West Coast

We arrived in the suburbs of Seattle on July 7th and began our adjustment to the Northwest Coast way of life. A new time zone, lots of trees, great coffee and micro-brewed beer.
While there, we got to spend time with our friends Hans, Stephanie, Kimberly, and Vince. 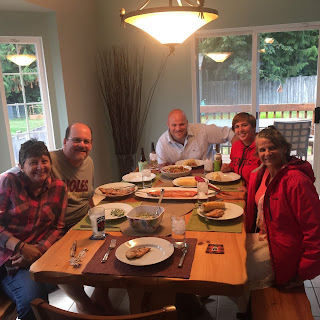 We took a trip into Seattle and did the usual tourist things. Saw some unusual sights...

After a long weekend in Seattle we headed north to Vancouver and spent 4 days exploring that part of the coast. From downtown Vancouver to the Sea and Sky highway, we enjoyed the beautiful coastline and some great hikes in the surrounding hillsides. 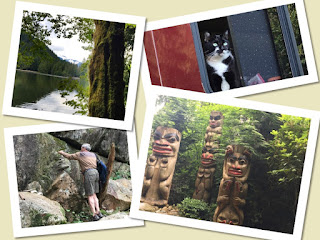 We headed back to the US on July 15th and drove a long way, through nasty Seattle traffic, to Astoria, Oregon. There we met our friend, Chris Stiehl, in Kampers West campground and settled down for a week.
While in Astoria we saw a local stage production of "Shangheid in Astoria", we visited the Astoria Column, Rode the trolley, Visited the Maritime Museum, Rode bikes in Ft Stevens, and created glass ornaments at Ferhill Glass studio.
We had a great time hanging out with Chris and his friend Sherry and Bill. We even got to help Chris Celebrate his birthday. 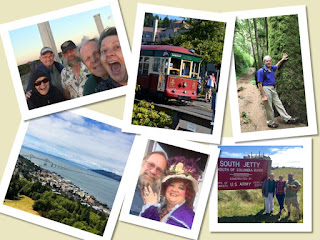 Almost forgot - we did a fun zipline adventure while in Astoria.

Today is Sunday, July 24th, and we are headed east into the Oregon interior to explore Portland, the Columbia river, and some beautiful waterfalls along the way. Catch you later!

Posted by ABrushWithHumor at 7:44 AM No comments:

The Grand Tetons and Yellowstone Park

After spending a week in and around Grand Teton and Yellowstone National Parks we’re amazed at the natural beauty that has been preserved and protected in these majestic places. Our visit also reinforced our belief that a lot of people are just plain stupid. Both facts made for an interesting and entertaining visit.

These yellow flyers are handed to you every time you pass through a gate or enter a park facility. We counted 11 in the glove box by the end of the week. 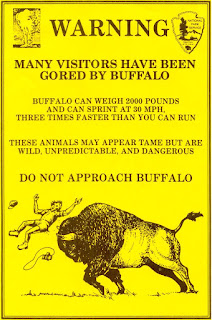 This flyer did not stop some people from trying for the perfect ‘wildlife’ selfie. Three feet to the right of this bison (photo shot from my car with telephoto lens) was an woman with a selfie stick trying to get the perfect shot. We waved our arms and signaled her to move away, she ignored us. This happened so often we finally gave up and assumed it is nature’s way of cleaning up the human gene pool. 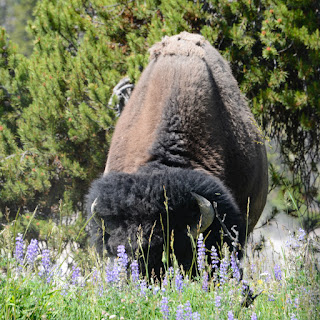 Turns out, Yellowstone once had a very different attitude toward human and wildlife interaction. Campgrounds once had designated areas where you could dump your food waste and bears were allowed to forage freely. It was not uncommon for bears to approach cars and people would hand them food. 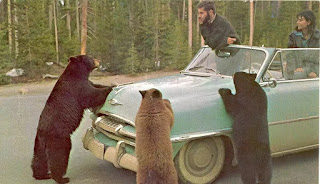 We’re a lot smarter these days and are much better at keeping wild things wild. Park policies keep most people safe and help us remember that in places like Yellowstone we are not the predators, we’re the prey.

We’re still not sure what happened to the guy who owns this baseball cap, but we’re pretty confident there was a selfie behind it all… 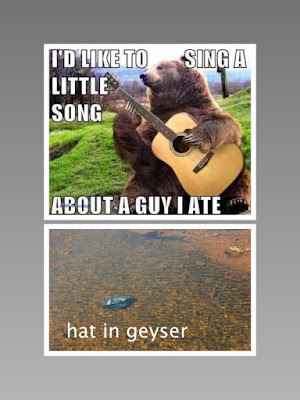 Not much else to say except please visit and support your national parks. They are one of our nation’s noblest and worthwhile efforts. 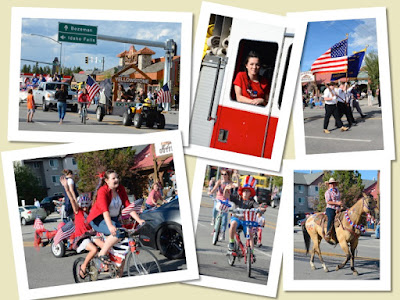 More photos here
Posted by ABrushWithHumor at 1:17 PM No comments: